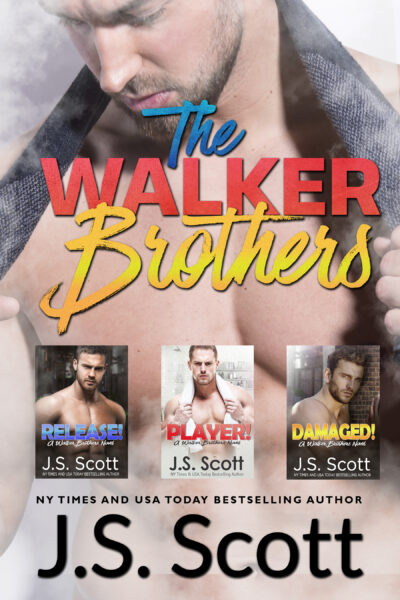 Now being offered for the first time! The complete Walker Brothers Trilogy together in one alpha billionaire romance series boxed set!

My name is Eva Morales, and I was one step away from being homeless when Trace Walker came into my life. I want to hate him because of my past, but I end up making what I consider a "devil's bargain" with the arrogant young billionaire instead. Really, I have no choice. It's either take the work he's offering or starve, and I've been hungry long enough.

I didn't think being his fake fiancée would be a difficult job, but it ends up more complicated than I ever imagined, and I see a whole new side of Trace once he lets his guard down. He's haunted by his past--just like me, But there are things I can never tell him, secrets I don't dare reveal.

Eventually, I find myself in a difficult situation because our volatile attraction to each other won't be denied. Should I tell him the truth, or do I finish the job he's paying me for and walk away with my secrets still hidden, my pride still intact? He's paying me enough for this job to take care of myself once it's over. I've always been alone, and I always thought I preferred it...until I met Trace. I'd have to put everything on the line to be honest with him, but he very well might be the first man who is worth the risk. Honestly, I'd be endangering more than just my pride. I could handle feeling like a loser, because I've pretty much felt that way my entire life. What really terrifies me is being vulnerable and the possibility of ending up with a shattered heart....

I may have moved from Texas to Colorado, but my reputation followed me--right along with my furniture. Everyone knows...I'm a player. Since I'm one of the billionaire Walker brothers, most of the world knows what I am. It's not like I ever tried to hide it. I never cared about what other people thought about me. I lived to party...or I did until I realized what I really wanted to do with my life.

Now, I'm having one hell of a time convincing Paige Rutledge, our new attorney in the legal department at Walker Enterprises, that I'm more than willing to settle for just one woman in my bed, as long as that female is her. Unfortunately, she's not buying it, but I'm not giving up. There's never been a woman I couldn't charm into bed if I wanted to. Problem is, I've never wanted one quite this badly, and the more I get to know her, the higher the stakes are for me. Luckily, I'm a gambling kind of guy.

Paige is uptight, driven, and totally hiding something. I want to find out her secrets, but when I do, they are nothing like I imagined. She confuses everything for me, but with her, I'm finding out that maybe I actually don't mind if things get complicated.

What's a guy to do when one female turns my life upside down from the moment I meet her? I have no idea what other men might do, but I'm determined to get what I want, and I'm not opposed to doing anything to achieve my objective.

Paige is mine, she just doesn't realize it yet...

What happens when your entire future is destroyed in moments?

My name is Dane Walker, and I'm entirely, irrevocably damaged. I lost my whole life in the plane crash that killed my father and left me scarred, both physically and emotionally, barely clinging to life in a hospital as the sole survivor of the accident.. I wasn't fit to function in the city, so I moved to my own private island in the Bahamas to lick my wounds alone.

I'd spent my adult life building up my solitary existence on Walker's Cay.

I was fine with being by myself.

I was resigned to my fate.

But then I met her.

My brothers sent her; I wanted to send her away. 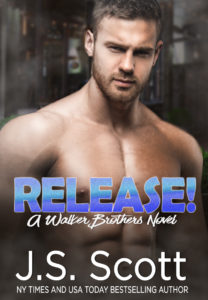 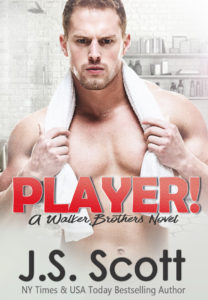 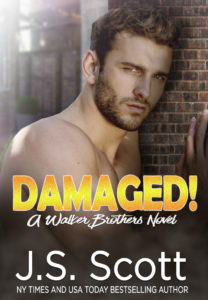